Statement to the Press from Governor John Rankin on July 1, 2022 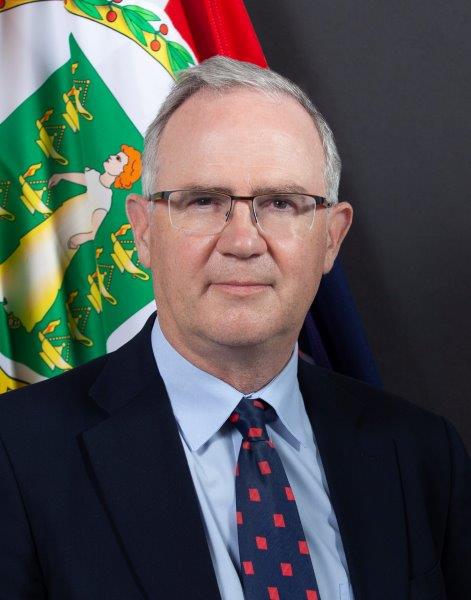 FROM GOVERNOR TO THE BRITISH VIRGIN ISLANDS

At our last press conference on 8th June the Premier and I announced the agreement on implementation of the Commission of Inquiry Report recommendations. The Framework document put forward by the Government of National Unity set out a plan and timeline for the implementation of 48 of the 49 recommendations which was accepted by the UK Government.  Since then the focus has been on turning the Framework plan into action.

The Commission of Inquiry report made clear the need for fundamental change in governance in the BVI.  Change is hard and tough decisions are required.  The deadlines in the Framework are challenging.  But this reflects the urgency of the task in front of us.  The hard work is necessary to ensure that change is systemic, long-lasting and in the best interests of the people of the BVI to which as Governor I remain committed.

This is not a tick-box exercise but rather a programme of fundamental reform to tackle poor governance and concerns around corruption, abuse of office and serious impropriety, ensuring that public money is spent on the right things and not the wrong things.  All of this will improve the quality of life and opportunities for people in the Territory, maintain a robust economy, and enhance the reputation of the British Virgin Islands.

So since the announcement earlier this month I, the Premier, Government Ministers, and members of the public service have been working together on implementation and setting up the systems required to oversee and drive forward delivery.  A significant amount of work has already taken place.

So let me today provide you with an update in my areas of constitutional responsibility.

As you know, I have already ordered a number of criminal investigations including into:

I have appointed a former senior public servant, former Complaints Commissioner Sheila Brathwaite, to conduct an investigation into appointments to statutory boards made since 2019.  I am most grateful to Mrs Brathwaite for her willingness to take on this task.

A  Memorandum of Understanding has been agreed on cooperation between the relevant agencies to improve security at ports and airports, led by the RVIPF working in cooperation with other agencies.

The Register of Interests Act has been introduced in the House of Assembly which will make it a legal requirement to have a publicly available Register of Interests that is free to access, and which includes stronger penalties if those to whom the Act applies, including members of the House of Assembly, fail to declare their interests honestly or on time.

Work is underway on amendments to the Jury Act, the Audit Act and the Proceeds of Criminal Conduct Act in line with Commission of Inquiry recommendations and I hope shortly to submit Bills on these subjects for consideration by Cabinet. Work is similarly underway on reform and updating of the Public Service Management Code.

I was also pleased to see the recent announcement by the Minister for Social Development, the Hon Marlon Penn, on the transition of assistance grants from House of Assembly members and Ministers to the Social Security Department. Recovering any fraudulent claims and developing a new transparent, and fairer system of welfare grants will better serve those in need.

I am also pleased to inform you that agreement on the membership of the Constitutional Review Committee has been reached.  This is an important exercise and I welcome the fact that the Committee’s membership will include a broad range of expertise and experience, reflecting the diversity of the people of the Virgin Islands as a whole.

So quite a lot has been achieved in a short period of time, but much more is still required.

In terms of overall oversight of the COI implementation, my first formal quarterly review will take place in September in accordance with the framework agreed.  This will outline progress against milestones, any concerns I may have or that have been raised with me, and any recommendations for further action which may be required to get delivery back on track.  This report will be made public and the Premier and I will continue to provide regular updates to the people of the BVI as implementation progresses.

Finally, I would like to repeat my thanks to the Premier, the Government of National Unity and public officials who have worked hard since the Framework document was agreed.  This is a modern partnership approach to which I am committed.  I am confident that it will continue as we move forward together, helping to get the BVI back onto the right road, improving the lives of the people of the British Virgin Islands in an open, fair and transparent way.