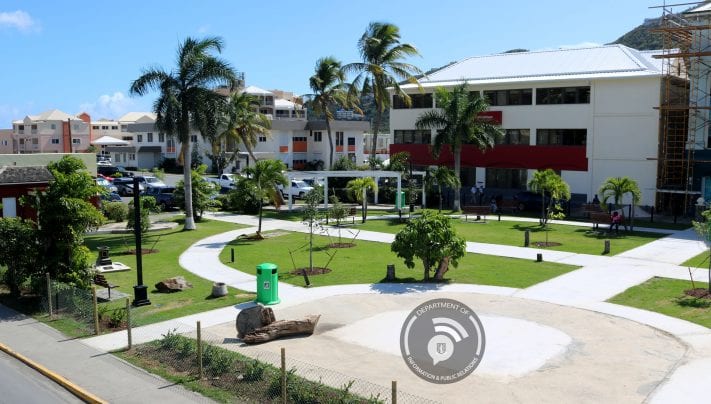 Ms. Braithwaite said the park and its features, the statue of Mr. Lloyd and the clock were destroyed during the passage of the 2017 hurricanes. She said the restrooms were also ravished and rendered non-functional.

The park is almost fully restored as the choice venue and leisure spot for visitors and residents.

Ms. Braithwaite said, “The restrooms have been restored and are fully functional. The restored landscape includes a fenced perimeter, with lawn and a restored sprinkler system, a paved pathway, planted trees to include palm trees.The pergola, gazebo, the clock and lighting of the park are among the unfinished portions of the park, to include the statue of Mr. Noel Lloyd.”

The Noel Lloyd Positive Action Movement Park park symbolises the struggle and opposition of Virgin Islanders to the Bates Hill Agreement which would have prevented them from accessing this area except for jobs as servants.  Pioneer Noel Lloyd championed this cause and the Foreign and Commonwealth Office agreed to buy back leases of Wickham’s Cay in 1970. The statue of Mr. Noel Lloyd and face plates of other members of Positive Action Movement was placed in the park in memory of their efforts.