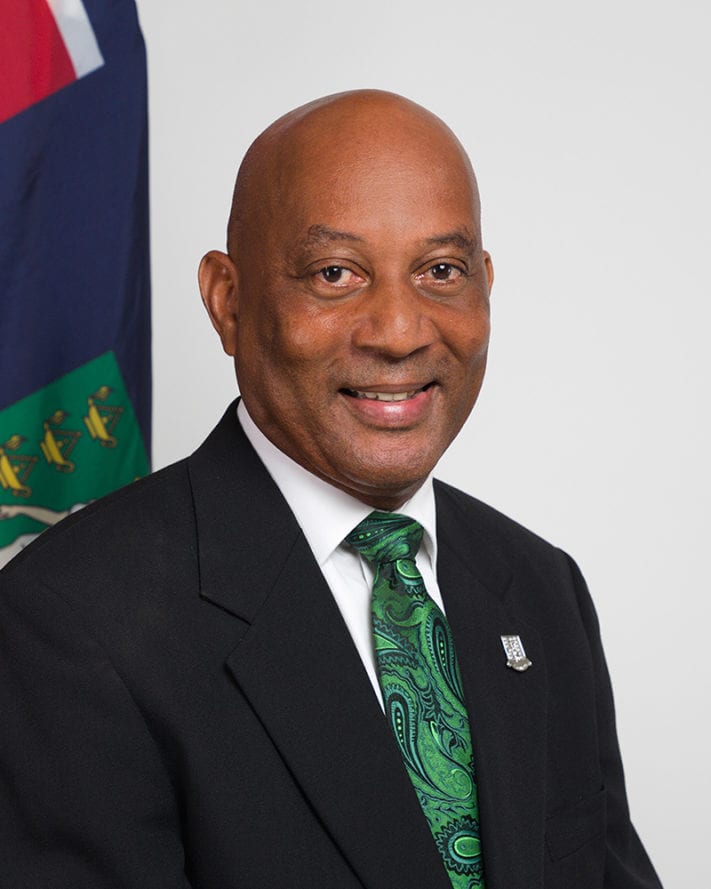 His Excellency the Governor Mr. Augustus Jaspert acting in accordance with Section 52 (2) of the Constitution of the Virgin Islands and with advice from the Premier and Minister of Finance, Honourable Andrew A. Fahie, appointed Honourable Wheatley as Deputy Premier for a period of three months with effect from September 6, 2019 until December.

Premier Fahie congratulated Honourable Wheatley on his appointment and thanked the Governor and his Ministers of Government for agreeing to follow through on an unconventional area of the Constitution which allows the appointment of each minister to serve in the post of Deputy Premier for three months.

The Premier also commended the Minister for Transportation, Works and Utilities Honourable Kye Rymer and Minister for Education, Culture, Youth Affairs, Fisheries and Agriculture  Dr. the Honourable Natalio Wheatley, whom he said served with distinction and demonstrated great enthusiasm while serving their three month periods as Deputy Premier.

The Premier said, “We have gone through two Deputy Premiers that I have full confidence that they can run the country come what may. When we are finished with this unconventional move, it will be able to help this Territory in a time of crisis.”

Premeir Fahie congratulated Honourable Vincent Wheatley who he said has a passion for his people in the Sister Islands and one that was needed.

Every three months for the first year, each minister will be given the opportunity to serve in the office of Deputy Premier. The temporary appointments allow for each minister to get the experience and ensure that they develop in all areas of Government, and that after the first year someone will be named permanently to the post