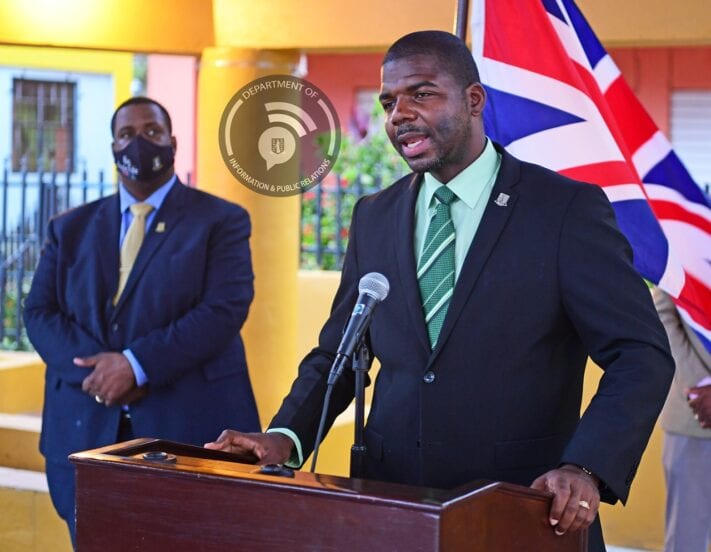 New Deputy Premier of the Virgin Islands, Dr. the Honourable Natalio D. Wheatley said he is humbled on his appointment and is thankful for the confidence placed in him by Premier and Minister of Finance, Honourable Andrew A. Fahie.

Honourable Wheatley, who is the also the Minister for Education, Culture, Youth Affairs, Fisheries and Agriculture will remain in the post for the duration of Government’s term in office. He thanked Premier Fahie for not only making an investment in him, but for doing so in all the persons who have been elected under his leadership.

The Deputy Premier said, “Premier, the Territory will have strong leadership for years to come because of your vision and your hard work and your sacrifice and I thank you for that.”

Honorable Wheatley said the titles come with a heavy responsibility and that it is not about self-aggrandisement or for ministers to exalt themselves over others.

Honourable Wheatley said that the Premier has done a visionary act as never before in history has ministers been able to serve as Deputy Premier in three-month stints.

“The stints went a long way in helping to build capacity for the entire Territory for years to come,” he said, adding, “The Premier has a unique ability to see the best in persons. He sees potential and has a special quality to bring out this quality in you.”

He further said, “I thank my colleagues who are here to support me; your presence here truly means a lot to me. I look forward to their assistance and guidance with God’s help.”

Deputy Premier Wheatley reflected on his close relationship with God. He also acknowledged the struggles of the 25 enslaved ancestors of the Nottingham Estate who were manumitted in June 1776, explaining that their legacy is an important part of his lineage and on whose shoulders he stands.

Premier and Minister of Finance, Honourable Andrew A. Fahie informed the public officially at an Informing Ceremony at The Stickit on August 7 immediately following the swearing-in of the new Deputy Premier at the Government House.

The Premier at the beginning of the Government’s term in February 2019 said that he was taking an unconventional approach where all the Ministers of Government, at different intervals would be appointed to perform in the role of Deputy Premier, albeit on a rotational basis, and to act as Premier.

Dr. the Honourable Natalio D. Wheatley was officially sworn in at the Government House by His Excellency the Governor Mr. Augustus Jaspert on Friday, August 7, 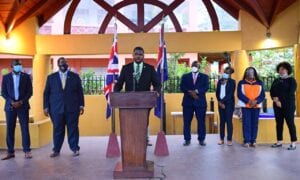